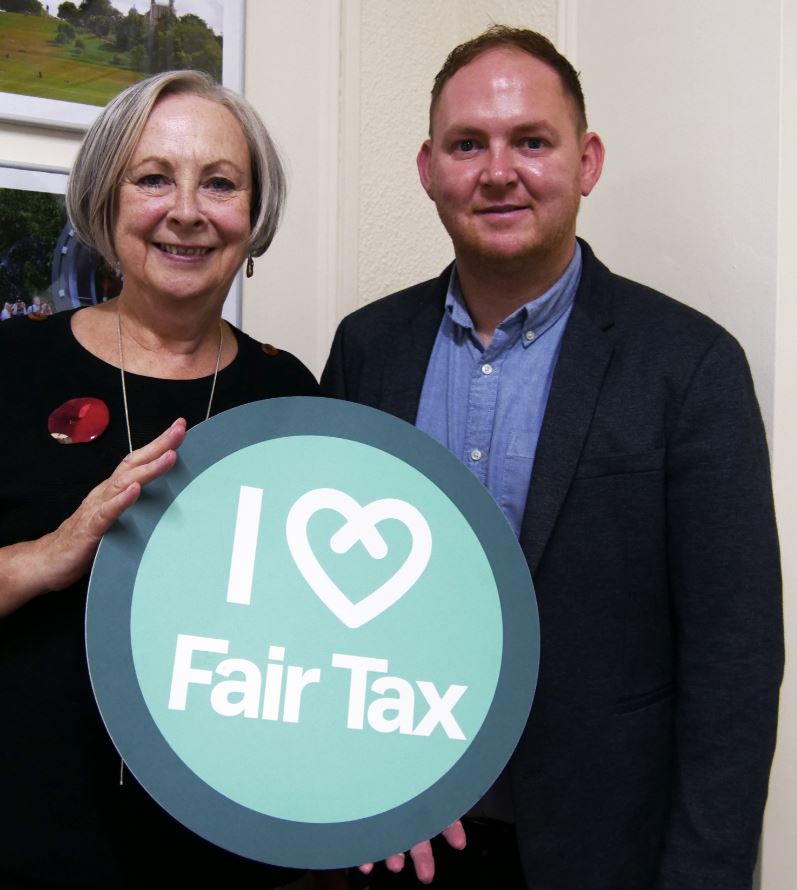 Royal Borough of Greenwich is the first London borough to join a growing movement of cities, towns and districts standing up for responsible corporation tax conduct.

The Council is the first London borough to sign up, joining authorities like Cannock Chase, Oldham, Oxford and Peterborough as early adopters of the initiative.

The Fair Tax Mark has developed the Councils for Fair Tax Declaration in collaboration with UK cities, towns and districts who believe that they can and should stand up for responsible corporation tax conduct – doing what they can within existing frameworks and pledging to do more if given the opportunity, as active supporters of tax justice.

The Declaration seeks to encourage and recognise organisations that pay the right amount of corporation tax at the right time and in the right place. It’s the only scheme of its kind in the UK, bridging the gap between corporate responsibility and the wider tax justice movement.

Cllr Christine Grice, Cabinet Member for Finance and Resources said: “Royal Greenwich has a proud history of standing up for responsible conduct. We are a London Living Wage employer, have pledged to help end modern slavery and have supported fair trade since 2006.  As a cabinet member for the borough I feel strongly that we put fairness at the heart of everything we do, and part of that means everyone paying their fair share, including tax.

“At a time when councils are struggling with deeper cuts, it makes sense that we use our spending power in favour of those companies that pay their taxes. By signing up to the Fair Tax Mark scheme, we are signalling to companies that we are refusing to go along with off-shore tax dodging when buying land and property.”

Recent polling commissioned from ICM by the Fair Tax Mark found that two-thirds (63%) of the public agree that the Government and local councils should consider a company’s ethics and how they pay their tax as well as value for money and quality of service provided, when undertaking procurement.

Mary Patel, Networks Manager at the Fair Tax Mark said: “We’re delighted that Royal Borough of Greenwich is standing up for responsible tax conduct by approving the Councils for Fair Tax Declaration. In doing so, they are committing to the highest possible standards of tax conduct in its own affairs, and is joining other supporters of the Declaration in calling for greater powers to tackle tax avoidance amongst suppliers.

“As recipients of significant public funding, it is right that municipalities should take the lead in the promotion of exemplary tax conduct; be that by asking contractors to be more transparent about their profits and who owns them, or by refusing to go along with offshore tax dodging when buying land and property. Where councils hold substantive stakes in private enterprises, then influence should be wielded to ensure that such businesses are exemplars of tax transparency and tax avoidance is shunned.

“At the Fair Tax Mark, we believe that ‘good’ tax conduct should be a core public procurement consideration as part of maximising social value. Not only because it helps level the playing field for competing suppliers and bolsters the national corporate tax take, but it also enables better identification and mitigation of financial and corruption risks by contracting authorities.”