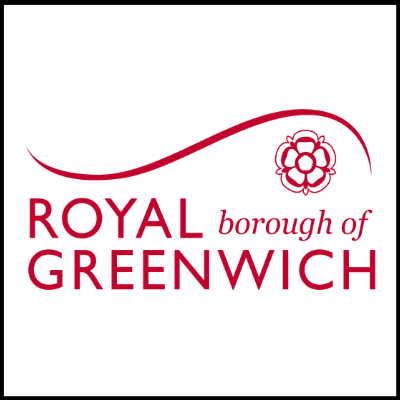 London football fans of all ages and visitors from across Europe will be able to watch England matches, the semi-finals and final of the UEFA EURO 2020 Football Championship at a special Fan Zone in Greenwich Park, the Mayor of London, Sadiq Khan announced yesterday.

In a break with tradition, this summer’s competition will take place across the continent, with Wembley Stadium hosting seven games including both semi-finals and the final.

To ensure that fans can come together to enjoy this unique sporting event, the Mayor and partners have worked closely with the local community on proposals to deliver a family-friendly Fan Zone, which received planning permission from the Royal Borough of Greenwich last night.

The Fan Zone will show all England matches, both semi-finals and the final. It will also show games featuring Home Nations if they qualify for the last 16 of the competition and beyond*. The Fan Zone will also host some community events and family-friendly activities throughout the tournament.

Subject to licensing approval, approximately 30,000 free tickets will be made available for Londoners, local people and fans from across Europe to come to the Fan Zone for each of the matches. Tickets would be obtained through a free public ballot and details on how to apply will be announced in due course. Some 15% of tickets will be ring-fenced for local residents.

The Mayor of London, Sadiq Khan, said: “I am so excited that London is hosting so many crucial games in UEFA EURO 2020, including both semi-finals and the final.

“It shows that London is open to the world’s greatest footballing talent and welcoming to sports fans from all over Europe.

“I am sure Londoners of all ages and backgrounds, and visitors to our city, will want to come together in their thousands to cheer England on – and Greenwich Park will be a fantastic location for the Fan Zone.

“We want this competition to be a memorable occasion for all of the family and a chance for England fans young and old to show the positive spirit of football to the country and the world.”

Cllr Danny Thorpe, Leader of the Council, said: “The Royal Borough of Greenwich is delighted to be hosting the UEFA EURO 2020 Fan Zone in our borough. This amazing opportunity will bring our communities together to celebrate home games and offer a boost for local businesses. We hope that as many of our residents as possible will take advantage of the 4,500 free tickets reserved specifically for them, joining family and friends for a truly memorable match day experience.”

Rio Ferdinand, England’s UEFA EURO 2020 Tournament Ambassador, said: “As a football fan, I couldn’t be more excited that UEFA EURO 2020 is coming to London. To be able to watch our England team go up against some of the best sporting talent in Europe – whether that be at Wembley Stadium or in the Greenwich Park Fan Zone – will be an incredible experience and an amazing opportunity for fans to come together and celebrate everything the game has to offer.”

East Greenwich resident, Susanne Wiebauer, said: “UEFA EURO 2020 is going to be one of the biggest sporting events this country has ever seen and it is really exciting to think that Greenwich will be part of the action. So many people visiting the area will be a great boost for the local economy.

“Having experienced the excitement at fanzones in different cities during FIFA World Cup 2006 in Germany, I can say that it is a huge opportunity and chance for Greenwich to bring people together to support their teams and celebrate. Which better place than beautiful Greenwich Park to show to the world that Greenwich is open and welcoming.”

The Mayor has worked closely with community groups to make sure they are aware of the Fan Zone and will be putting steps in place to minimise disruption. A range of consultation sessions have been held to highlight the benefits of UEFA EURO 2020 in Greenwich, allowing residents to have their say.

In December, the Mayor announced that Potters Fields, next to City Hall, will host a family-oriented, free ‘Football Village’ throughout the tournament.

The Football Village will be a space for people to enjoy the London summer, relax, and soak up the family atmosphere. It will feature free activities for all the family, including cultural entertainment, football drills and skills and community activities. Some games that do not feature England or other high-profile nations will also be screened at the Football Village.

The Mayor will shortly announce details of London’s UEFA EURO 2020 cultural programme which will celebrate grassroots and international talent with a combination of large-scale installations, site specific commissions, performances and community-led cultural activity. It will bring together Londoners from different backgrounds and visitors to celebrate this once-in-a-generation football tournament.